Today, she hates him. It’s the last day of senior year. Rowan Roth and Neil McNair have been bitter rivals for all of high school, clashing on test scores, student council elections, and even gym class pull-up contests. While Rowan, who secretly wants to write romance novels, is anxious about the future, she’d love to beat her infuriating nemesis one last time. Tonight, she puts up with him. When Neil is named valedictorian, Rowan has only one chance at victory: Howl, a senior class game that takes them all over Seattle, a farewell tour of the city she loves. But after learning a group of seniors is out to get them, she and Neil reluctantly decide to team up until they’re the last players left—and then they’ll destroy each other. As Rowan spends more time with Neil, she realizes he’s much more than the awkward linguistics nerd she’s sparred with for the past four years. And, perhaps, this boy she claims to despise might actually be the boy of her dreams.

Two boys, alone in space. Sworn enemies sent on the same rescue mission. Ambrose wakes up on the Coordinated Endeavor with no memory of a launch. There’s more that doesn’t add up: evidence indicates strangers have been on board, the ship’s operating system is voiced by his mother, and his handsome, brooding shipmate has barricaded himself away. But nothing will stop Ambrose from making his mission succeed—not when he’s rescuing his own sister. In order to survive the ship’s secrets, Ambrose and Kodiak will need to work together and learn to trust each other . . . especially once they discover what they are truly up against. Love might be the only way to survive.

There is something about the very nature of how this trope works - two characters who often start out as enemies and want to stay enemies but over the course of the story, the begin to see the misconceptions, assumptions and prejudices they hold against one another and start to accept them each other as he way they are until they realise that they are actually attracted to them! Here's a curated list of 5 of my most favourite and arguably well written and developed enemies-to-lovers that you can pick up and binge read!

Adam Silvera is arguably one of the few queer authors who brought about a revolution in queer literature in the recent years. His books They Both Die At the End and More Happy Than Not have won various awards and brought him the best-selling tag. His other works like History is all You Left Me… END_OF_DOCUMENT_TOKEN_TO_BE_REPLACED

Living in the remote town of Tierra del Sol is dangerous, especially in the criatura months, when powerful spirits roam the desert and threaten humankind. But Cecelia Rios has always believed there was more to the criaturas, much to her family’s disapproval. After all, only brujas—humans who capture and control criaturas—consort with the spirits, and brujeria is a terrible crime. When her older sister, Juana, is kidnapped by El Sombrerón, a powerful dark criatura, Cece is determined to bring Juana back. To get into Devil’s Alley, though, she’ll have to become a bruja herself—while hiding her quest from her parents, her town, and the other brujas. Thankfully, the legendary criatura Coyote has a soft spot for humans and agrees to help her on her journey. With him at her side, Cece sets out to reunite her family—and maybe even change what it means to be a bruja along the way. 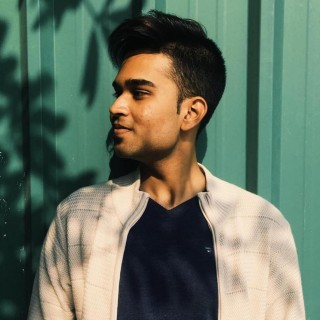 Chaitanya is a sworn member of House Lannister and routinely shares his ideas on how to go about bringing a change in the world on all his social media platforms. He is passionate about reading and is a book influencer. He offers book marketing and reviewing service. When he is not hosting his exclusive 'Chai With Chaitanya' interview sessions, he could be found munching on stale pizza and watching a rom-com on Netflix! If socializing and building connections was a sport, Chaitanya would be a gold medalist. You can drop in to discuss, debate or argue about anything with him. All you have to do is to just reach out!

Looking for Something? Try Me: